Due to the location, geometry and size of the orebody, the Zeb Nickel Project is an attractive source for environmentally friendly, cost efficient sustainable nickel sulfide. 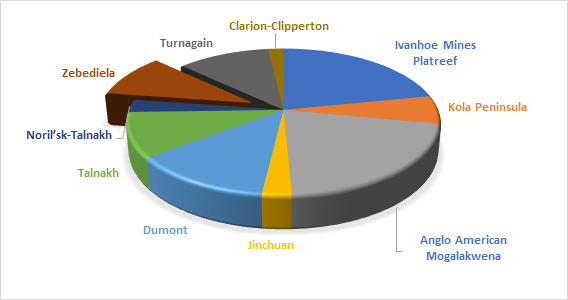 The project is situated in the world class Platinum Group Element (PGE) and nickel producing region of the Bushveld Complex, located in South Africa. The Bushveld Complex contains over 75% of the world’s platinum reserves, which are usually associated with magmatic nickel deposits. The project is situated in the world-renowned Ni-Cu-PGE producing area of the Northern Limb, which hosts Anglo Platinum’s Mogalakwena mine, the biggest open cast platinum mine in the world, less than 15 km north of the Zeb Nickel project. Another noteworthy neighbor is Ivanhoe’s Platreef Project, situated approximately 5 km north-west of the project. The area is supported by excellent access to infrastructure with road, rail, power, and water, all located nearby or on site.

There are three distinct targets areas identified over a strike length of over 5 km on the project, targeting near surface Ni sulfides and high-grade mineralization at a depth. The three target types identified are:

Striking along a length of approximately 6,500 m, a width of 5 to 100 m and extending down to a depth in excess of 400 meters. The next phase of drilling will focus on testing the continuity of mineralization.

Platreef/Critical Zone Mineralization (Massive Sulfide Target). This target is conceptual, and so the length, width, depth, and continuity of mineralization has yet to be tested. 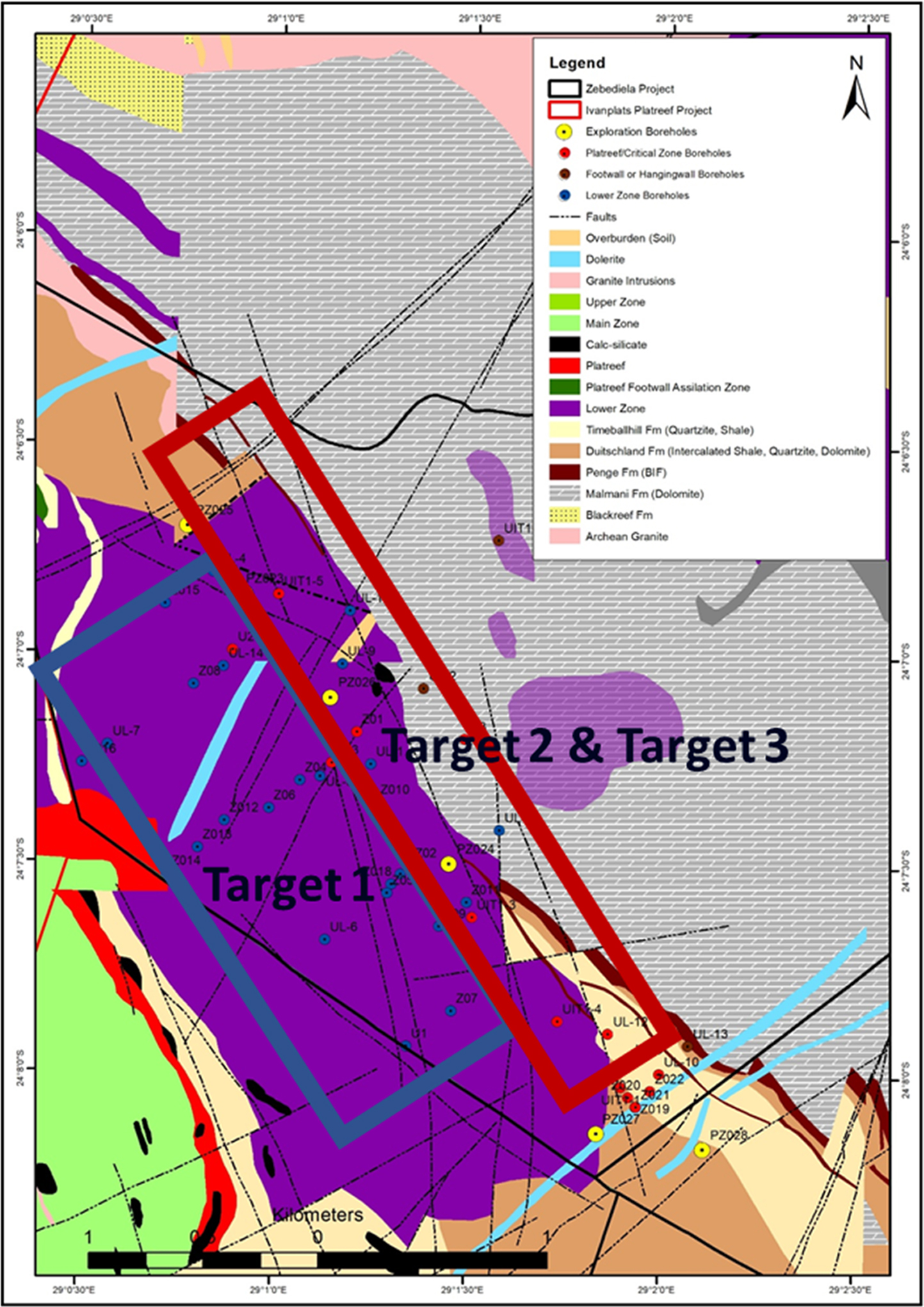 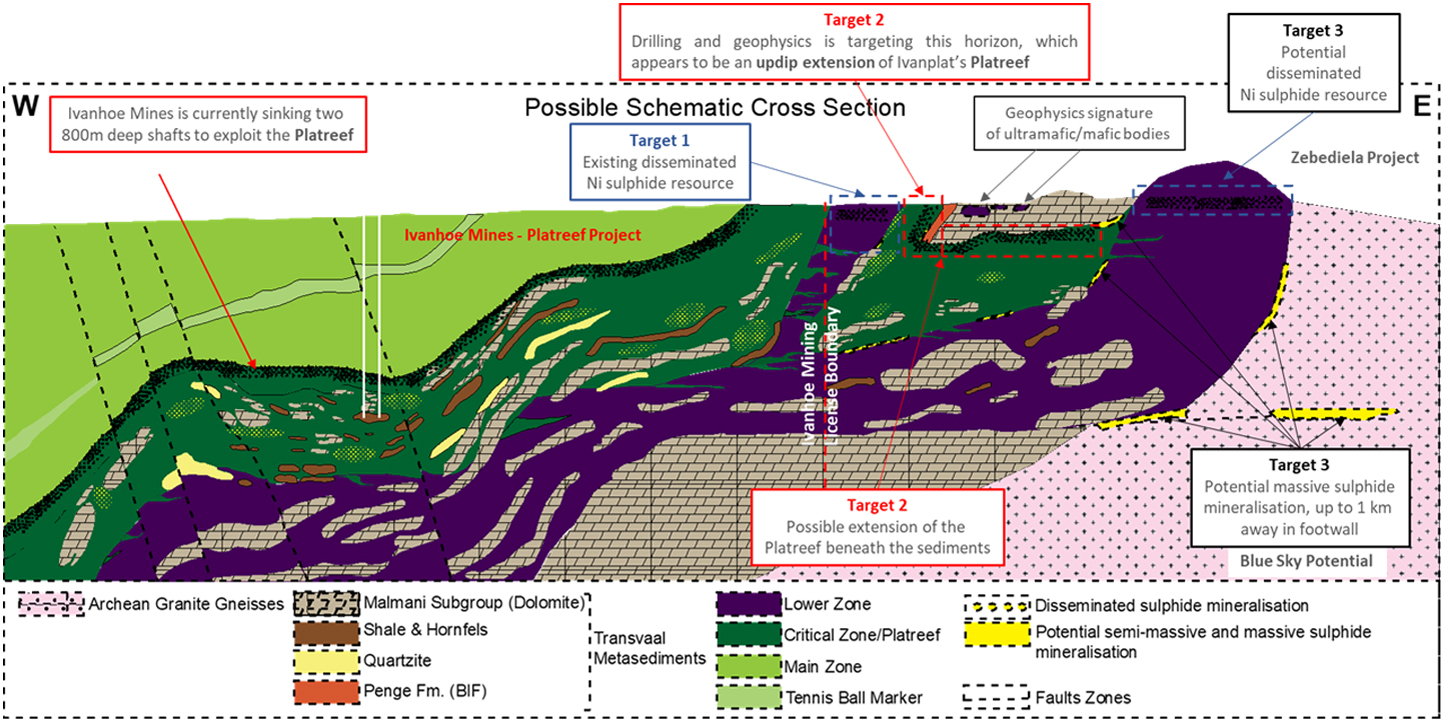